It is Reliability accounts for the most part of Quality in the world of LED; and it is Reliability regarded as the most invaluable requisite of LED products by most leading manufacturers of products using LED as components.

That is why they champion to set up their own Reliability Lab in their own factories in China, so that the daily output from their automated production line can be sampled and subjected to a series of grueling reliability test, just to testify their reliability attained a profile that leave you a peace of mind.

Their Lab is equipped to execute tests of a full line independent institute, covering

2.Reflow test: How do they ensure their lead-free products survive the high temperature of the lead-free manufacturing process by their customers? Simply, they first put their packaged LED through an environment that is of higher temperature and longer duration. 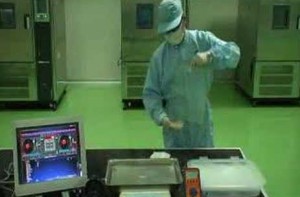 Thermal Cycling / Thermal Shock tests
One of the most demanding tests for LED products is to subject them to rapid and drastic change of temperature condition, the sudden and repeated expansion and contracting stress will expose the latent structural weakness from the beginning.

High Temperature / High Humidity Storage
One of the key features of LED over incandescence bulbs is its constancy and reliability under radical temperature and humidity operating condition. To ensure their LED survive the most critical operating environment.

Burn-In / Aging
For applications of the highest reliability requirement, burn-in and aging test is the most effective measure to screen out infantile defect. On customers’ request, they can build burn-in platform with pre-set condition for customers to project the future performance over the LED’s operating life span.